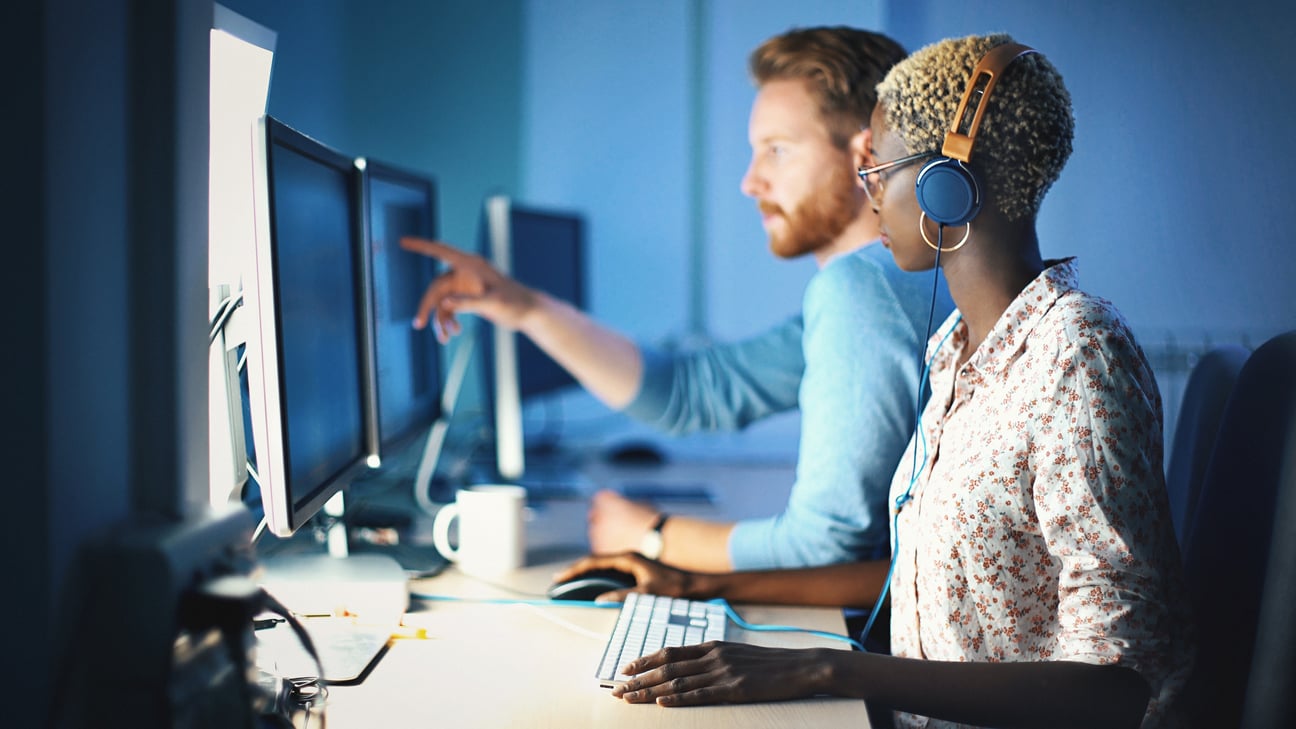 Hazard-based: 2nd vs. 3rd Edition – What Is the Difference?

If you find the different editions somewhat confusing, you’re not alone. Hopefully, this will provide some clarity.

However, already at the time of publication, it became evident that the standard had so many and significant shortcomings, that the IEC countries agreed not to use it for certification. Thus, the 1st edition of the standard has been withdrawn by IEC, and was never adopted in Europe.

The improved 2nd edition was published in 2014, and several thousand CB certificates have been issued since then. There were still shortcomings, however, particularly concerning the interpretation of some requirements. Because of this, some manufacturers have chosen to wait for the 3rd edition that was published in 2018. In Europe the EN 62368-1:2014 will become mandatory 20 December 2020, replacing the previous standards EN 60950-1 and EN 60065.

Transitioning to hazard-based? Read more: How To Prepare Your Product for IEC 62368–1

Tip: If you’re a product developer, you might be interested in our general
Guide for Product Developers: 6 Steps From Idea to Market

Comparing The 2nd And 3rd Edition 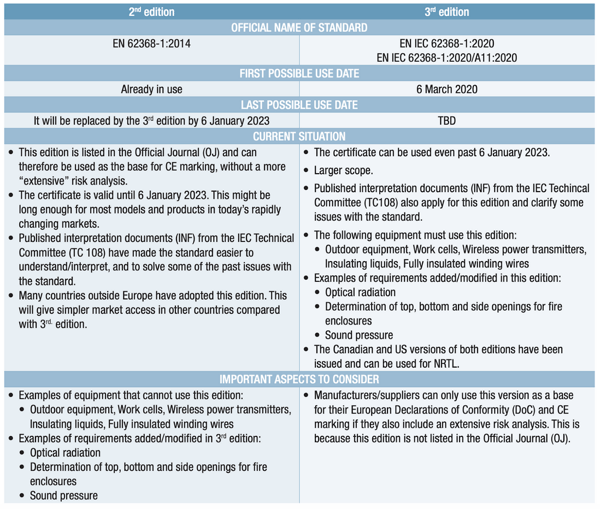 Which Version Should You Choose?

Many of the initial challenges in the 2nd edition have actually been solved with the additional interpretation documents (INF). Therefore, in terms of complexity, there is actually not much difference between the editions. Still, there are a couple of things to keep in mind.

Your choice of version should be based on several factors:

The best way to map this out, will be to speak to an expert. Good luck, and don’t hesitate to reach out to one of our consultants.

Interested in product development? Check out our Guide for Product Developers: 6 steps From Idea to Market.

Written by Ole Morten Aaslund
Ole Morten Aaslund is responsible for projects with the safety laboratory in Norway. He has extensive experience within the ICT/AV-areas, and has been with Nemko, in the Norway office, since 1996. He has been organising and hosting Hazard-Based workshops and developing GAP analysis for some of the world's largest ICT/AV brands since 2017 with great track-record.

Watch our on-demand webinar:  Transitioning to 62368-1 and acceptance worldwide

Nemko recognized by MIC as a Certification Body for Japan Radio

Under the terms of the Japan-USA mutual recognition agreement,  Nemko has successfully been recognized as a Certification Body by the Ministry of Information and Communications of Japan.

The implementation date of the hazard-based standard is fast approaching. Here’s how to prepare.